Children’s literature has been developed in the eighteenth century and it comes in different forms: books, stories, magazines, and poems which are enjoyed by children. Children’s books include various genres including non-fiction, fiction, literary, and artistic or physical formats. These stories are often very simple to provide entertainment as well as lessons for children and young adults. Each year, thousands of copies of children’s books are published worldwide.

Here are the top 20 best children’s books of all time:

Eric Carle’s The Very Hungry Caterpillar – a classic that is among the best children’s books of all time offers a lot of bright and artistic images of a hungry caterpillar that eats his way through the week. While the designs of the illustrations easily catch children’s attention to help them engage in reading, these also help them learn about numbers, time, and the days of the week. It is a great book for pre-schoolers who will definitely want to read this all over again.

Babies may all be different, but there’s one thing in common for most and this is having ten fingers and ten toes. This is definitely a perfect book for new arrivals since it shows charming illustrations of babies born in different places in the world, all with tiny fingers and toes. This book is best when read aloud, giving parents a great opportunity to interact and bond with their babies.

A young Peruvian bear named Paddington travel to London and is found by the Brown Family at the Paddington Station, thus earning him the name. The brown family takes care of him until he catches the attention of a museum taxidermist. This British classic has a humor that’s great for kids eight or nine years of age.

Corduroy, a teddy bear goes on an adventure at night in a closed department store in search for his missing button. However, the night watchmen hear a crash when he knocks over a lamp and then returns him to a shelf located downstairs. The next morning is his lucky day when a Lisa, a little girl, buys him and takes him home. Corduroy thought that this must be his home and Lisa is his new friend.

This modern classic is a tale of the little girl named Fern who saves her pig, Wilbur, from being killed by her father. Wilbur meets a bunch of friends including the talking spider named Charlotte. This is one of the best children’s books for kids to have a gentle introduction to mortality.

Diary of a Wimpy Kid 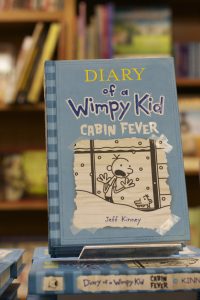 This book tells about the unfortunate life of American kid named George Heffley during middle school. He tries to gain popularity by doing various things such as bodybuilding, money-making and cartooning, yet he fails to do these so in his diary, he writes about his thoughts, opinions, and misadventures. 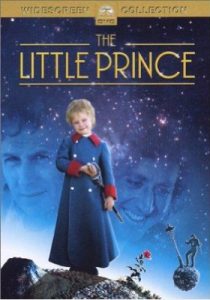 First published in the 1940’s, this is one of the best children’s books about an air pilot who was forced to land deep in the Sahara Desert. Here, he meets the Little Prince who came from a tiny asteroid and fell into the Earth; the Little Prince tells a series of enchanting and wise stories to the pilot. Today, this book is considered a treasured contemporary classic.

Stanley Yelnats a man who came from a family has a history of bad luck, is sent to the Camp Green Lake Juvenile Detention Centre located amidst the Texan desert where there is no lake and not much green. He soon learns that his work in this place is to dig a deep hole each day and report about what he finds. Soon, he discovers that his work is more than just an exercise in character-building. A compelling novel written with a powerful narrative, this is one of the best children’s books and a must-read for both children and adults.

The winner of the American Book Award tells the story of Alice Rumphius, a girl who desired to travel the world and make the world more beautiful. She scattered lupine seeds which caused countless lupines to bloom along the coast of Maine. 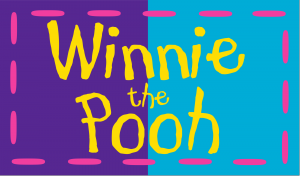 A true classic, this book is a collection of stories about Pooh, Christopher Robin and their friends who wander together in the Hundred Acre Wood. This is one of the best children’s books that has been translated to various languages including Latin.

On Christmas Eve, James builds a snowman which comes to life in the middle of the night to bring him to a special journey to the North Pole to meet Santa Claus. The book’s charming illustrations show the story of a fascinating friendship of a young boy and a snowman. This is one of the best children’s books with a tale that the whole family will surely enjoy especially during the Christmas season.

Orphans Pauline, Petrova, and Posy are adopted by Gum or Great Uncle Matthew, an eccentric fossil collector and explorer who leaves to continue exploring and promises to be back in five years. The orphans were left in the care of Gum’s niece, Sylvia and her old nurse, Nana. After five years, Gum still does not return so the three girls were sent to a school of dancing and stage training for them to learn to earn money and support themselves. This classic story of three unique girls who work hard to master their talents has taught kids to never give up on their dreams.

Right before the World War II, the lonely Willie Beach is evacuated to a small English village. Here, he finds himself living with Thomas Oakley who is an ascetic old widower. Later on, Willie makes new friends in the village and starts to develop a strong mutual bond with Tom. One day, Willie is recalled to London by his abusive mother all of a sudden, and eventually fails to send letters to Tom. Thomas, worried about Willie, goes to London to search for him.

Where the Wild Things Are

One of the best children’s books, Maurice Sendak’s Where the Wild Things Are tells the fascinating story of Max who is sent to his room after being shouted at by his mother for wearing his wolf suit. Max’s bedroom transforms into a magical world where he becomes the King of Wild Things.

A great rhyme to read aloud, this picture book shows babies engaged in different activities such as brushing their hair, being in the water and playing in the mud. Excellent for any time and any day, Tickle, Tickle is among the best children’s book that has a strong yet funny interactive story. 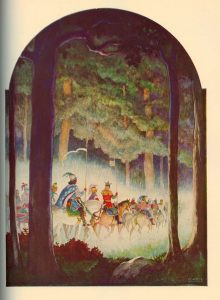 As Beth, Frannie, and Joe move into a new home, they suddenly find the Enchanted Wood on their doorstep. The mysterious wood turns out to be home to the Faraway Tree where they make unusual new friends and get involved in thrilling adventures.

The True Story of the Three Little Pigs

This newspaper-style picture story book, brings a new funny twist to the original and famous three little pigs and the big bad wolf and tells what really happened to them.

That Rabbit Belongs to Emily Brown

Emily and her toy rabbit, Stanley, love going on adventures. One day, they attempt to go to space from the kitchen and one of the Queen’s footmen knocks at the door and forces Emily to give Stanley to his mistress and offer to exchange him for a brand-new teddy bear. Emily refuses but then the Queen continues to send minions to make a deal with her.

A book of rhymes about Mr. Magnolia who has only one boot, but has a lot of things including a big purple dinosaur, two sisters, a swimming pool, fat owls, and an old trumpet that releases a rooty-toot sound. One day, a parcel arrives, containing the most stylish boot.

Matilda, a genius, starts studying at Crunchem Hall where she meets Agatha Trunchbull, a bullying and frightening headmistress. To win the bad-tempered headmistress as well as other unpleasant grown-ups surrounding her, Matilda puts her amazing talents to work; she also does this to help the kind class teacher Miss Honey.