You most likely have seen all the comic books turning into TV shows and movies, and it is definitely easy to just jump straight on to the medium and read all of the available works that are within reach. However, the problem with this is that the comic book industry releases tons of new issues almost every week and even thousands per year; so if you are a fresh fan just getting into this, it will definitely be near impossible for you to actually know where to start.

If you are in this situation, take a look at some of the top favorite and best comic books of all time to make it a lot easier for you choose:

The story focuses on the life of the father of Spiegelman – a concentration camp survivor who was also a Polish-Jew. This was during the time of WWII and the comic book gained a lot of attention by exhibiting all of its characters as animals: the Jewish characters were the mice, British were dolphins, Germans were cats, non-Jewish Polish characters were portrayed as pigs while the Americans were dogs.

This series of Punisher shows an older Frank Castle living in a world where superheroes are non-existent while the villains are mainly sex traffickers and drug dealers. Here, the Punisher fought, shot, and stabbed his way through all these law-breakers as he lived for his one-man war on crime. However, this left him emotionally damaged and unable to have a normal life.

The first few pages of Watchmen shows a popular hero called The Comedian thrown out the window of his own high-rise apartment in the city and from there, the story takes its readers to explore The Comedian’s death while it also fills every reader’s mind on the unique and extraordinary world of each character in the story – making it one of the favorite and best comic books of all time.

One of the best comic books of all time can be featured in a very simple form; the story of I killed Adolf Hitler is all about a hitman from the future who travels all the way back in the past to kill Hitler. This occurs even before he unleashes his wave of hate, violence, and anger upon the world.

This is all about a cell that works for The Invisible College which is actually a secret group that fights alien gods who are attempting to enslave and stop the evolution of humans. The Invisibles combines the existential and anarchic undertones with various concepts that are connected with an acid trip; it may be one of the least accessible reads created by Grant Morrison but once it has been fully understood and digested, you will see why it has become one of the best comic books of all time.

In this comic book, the Joker was able to escape from the Arkham Asylum and eventually, he   kidnapped Commissioner Gordon which was actually just a trap to lead Batman into a deserted amusement park. During the time, the Joker commits the most mindless acts of violence while also showing bits and pieces of The Joker’s origin – displaying how a seemingly normal individual can transform into a dreaded psychotic killer without any remorse. 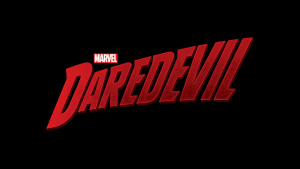 One of the best comic books that focus on Rebecca and Enid, two girls who spend their days wandering and mocking society; the story features the two’s indifference towards others, as well as their wariness of growing up – characteristics that have struck the cynical youth during the time. 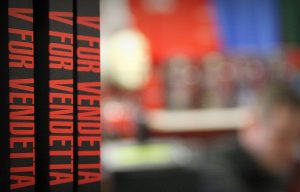 The reason why this has become one of the best comic books is because it featured most of the dangers of an extremely powerful government and only a lone hero present to end its dominating system. It all centered at the V, the faceless hero who was known greatly for sporting the now popular and iconic mask, Guy Fawkes.

Get the chance to see the most memorable moments from Marvel’s comic book history through the eyes of Phil Sheldon, a news photographer. See the many Marvel characters right from the perspective of an average individual, making these heroes look more like gods instead of just simple stars from a comic book.

This is among the best comic books of all time since it features father issues, sibling rivalry, compassion, as well as lost loves. The character’s separate lives are all tied through a long history of emotions; whether it is a child acting as a hero or even the dreams and wishes of siblings, the comic book exhibits a list of genuine individuals that seem exquisitely real by the end of the story.

A parallel story that is set in 1893 during the Chicago World’s Columbian Exposition; the story shows of Jimmy Corrigan’s grandfather as a sad boy who has a rather complicated relationship with his abusive father who is Jimmy’s great-grandfather. Eventually, as the story progresses, Jimmy, who ends up being a lonely and meek 36-year-old man, will meet his father for the very first time in a fictional town called Waukesha in Michigan.

Sandman is a story primarily about Morpheus who is a god-like master of dreams; and together with his siblings, Dream (Morpheus’ alias) travels to a variety of dimensions, time periods, and realms as his struggles and concerns bring him to explore the various relationships humans have with reality.

Fables is one of those best comic books of all time that features the popular and favorite folklore that you have been hearing while growing up – stories such as Cinderella, Snow White, and Pinocchio. Fables bring these stories back to life but in the modern world where these characters reside in Fabletown which is known as Manhattan’s Upper West Side.

Almost everything interesting is present in the attempts of Yorick to learn more about a certain plague as well as be reunited with Beth, his girlfriend.

Another interesting story which makes it one of the best comic books of all time; Bone begins with Fone, Phoney, and Smiley Bone – cousins who were all kicked out of Boneville. After this incident, the cousins ended up in a series of events that led them from their simple life to fighting the Lord of the Locusts – an evil that can be comparable to The Lord of the Rings’ Sauron.

Daytripper meditates primarily on life and death, and how this can instantly end in a snap. This comic book studies everything that you hold dear and inspects the certainty of the end; the story also challenges everyone to live each day with a purpose.

A comic book is all a black-and-white call-back to the ‘40’s pulp tales which has been pulled off perfectly and effortlessly by Frank Miller. 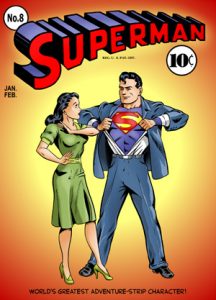 The story of All-Star Superman has made it one of the best comic books since it follows the story of a dying Superman who attempts to do everything good during his final days on the planet. During the final days, Superman performs a number of amazing feats of strength, intelligence, and he too eventually reveals his true feelings for Lois Lane. He also does things such as curing every Earthly disease that is present, fights off almost all villains around and basically saves the whole planet.

The story focuses on William Stryker, a reverend who tries to begin a holy war against the whole mutant race without even bothering how much blood gets on his bare hands.