EBooks or Electronic Books have become popular when smartphones, laptops, and tablets have become all the rage in this technologically advanced society; and generally, these are book publications that have been created in a digital form. These EBooks consist of texts, images, and sometimes both of these while being readable on the displays of computers, tablets, or other popular electronic devices.

Most of the time, EBooks are called the electronic version of an already printed book; however, there are a few EBooks that exist without really having any printed version. With that, here is a list of some of the best EBooks that a lot of people enjoy reading on their devices. 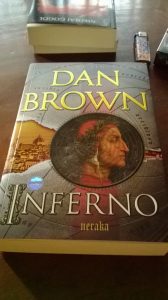 This has definitely become one of the popular and best EBooks available; Inferno is a story by Dan Brown where the story begins right in the heart of Italy where a professor named Robert Langdon gets captivated by a frightening world that focuses on one of the most mysterious and enduring masterpieces in literary history – Dante’s Inferno. Against the backdrop, the professor battles a threatening adversary while grappling with a brilliant riddle that draws him further into the landscape of secret passageways, classic art, and a futuristic science.

2. And the Mountains Echoed

This popular novel is one of the best EBooks around since it is a tale that does not only focus on children and their parents, but it also focuses on sisters, brothers, cousins, and even the caretakers in the story. The author explores the different ways families nurture, connect, communicate, betray, wound, and even sacrifice for each other.

This is one of the best EBooks due to its interesting and thrilling story; Will Robie is known as a master killer which makes him one of the highly skilled assassins around. The U.S. Government needs this man since he is the person whom they call for eliminating tasks – definitely a hitman who cannot be matched. Yet there is an exception to this since Jessica Reel, a fellow assassin, is part of the group and is just as equally professional, skilled, and just as dangerous as Robie. However, she’s gone rogue and attacks other members of their agency. Will Robie be able to stop her from causing more harm?

As she prepares for her wedding day, Julia DeMarco accidentally finds a popular picture of a girl standing right in front of a Russian orphanage and strangely, the little girl looks exactly like her. After this incident, all the people that she loved, cared for and trusted were suddenly filled with suspicion. Don’t Say a Word is an interestingly mysterious novel which makes it one of the best EBooks available.

Detective Lindsay Boxer is finally going to bear a child – at the same time, two killers are free and on the loose. After her child is born, Boxer needs to leave for work to face the biggest and most dangerous case – a rising football star player who is named as the main suspect for a horrifying murder. Yet at the same time, another strange story baffles Boxer since a professor claims to have vivid nightmares all about violent murders that are real. Will Boxer be able to stop such horrifying deaths from happening? Will she be able to capture the killer, and worst, will she be able to face the most disastrous loss of her entire life?

After suffering a whole year of public investigations due to being accused of murder, Eli Landon finally finds sanctuary and comfort right at the Bluff House, despite the absence of his beloved grandmother from the place. Eli eventually meets Abra, a woman of many talents, who helps Eli control and better his life while also clearing his name. They eventually get entangled in each other yet find themselves trapped in a net that goes all the way back to the past – a past that has a man intent on completely destroying Eli. It’s interesting and unique story makes this one of the best EBooks that people read today.

Kacey was faced with a proposition left by Jake Titus, a millionaire living in Seattle. She should have run when those words escaped his lips yet it had been years since she’s seen this childhood friend of hers so she didn’t. After letting Jake speak, Kacey then learns that his dear grandmother has fallen ill and she is ready to do everything just for the sweet lady – even if it means pretending to be engaged with Jake just for the sake of the old lady.

The Sisterhood is considered as one of the best EBooks around; dizzy and confused after a broken engagement, the adopted Menina Walker escapes to Spain to completely bury and forget her misery by completing her overdue thesis, where she eventually finds herself unexpectedly journeying into history. Her subject for the thesis is Tristan Mendoza, a strange 16th-century artist with a signature that includes a little swallow – one that is exactly depicted on a medal owned by Menina, which is the only link that connects her with her birth family. 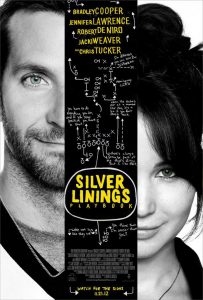 A man named Pat has a unique theory – he believes that his life is one of the best movies that is produced by God himself and was also given a mission that he must achieve. Pat believed that his mission was to become emotionally literate and physically fit so God will provide him with a happy ending which is the return of Nikki, Pat’s estranged wife. What makes this one of the best EBooks today is the fact that Pat’s story is interesting, and what makes it even more interesting is the fact that he has already spent quite some time in a mental health facility.

This has become a favorite and also one of the best EBooks since Truly Madly Deeply is a collection of three complete novels that has been created by the Caryl Phillips – a great bestselling author according to New York Times. 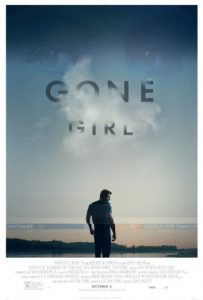 The story begins with Nick and Amy’s wedding anniversary so a lot of gifts are being wrapped and reservations are being made for their celebration; however, Amy suddenly disappears in the midst of their preparation. Eventually, they get their hands on Amy’s diary which reveals passages that can put anyone on the dangerous edge. Nick then is strangely evasive about the whole thing and is obviously bitter about the situation – but is he really the killer or not?

This is considered as one of the best EBooks today since it tells the story of Sookie, a woman who finds it extremely easy to just turn down the barmaid’s request of getting back on the job at Merlotte’s. At some point, a murder occurs and Sookie is arrested for this, but since the evidence was weak against her, she was able to bail. Will she find out the truth to all this? Will she be able to gain justice without spilling blood? 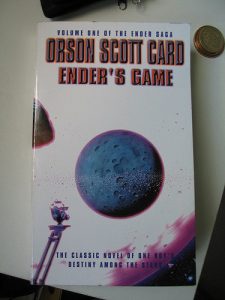 Ender’s Game is one of the popular and best EBooks today due to its affecting story that is filled with inevitable surprises as you read further into the story. Andrew thinks he’s just playing a simulated war game but in reality, he is engaged in a far more desperate game in life.

This is a book that tells the story of mankind grasping for survival since the world has grown harsh and speaking of it is considered a sin. However, there are those individuals who still continue to hope and dream – these are the dangerous residents who infect others with their aspects of optimism. If caught, they will be punished in a way that they dream of dearly: being sent outside.

This is a story narrated by Nick Carraway – a man who was once the neighbor of Gatsby – and it begins when Nick had just freshly moved from the Midwest, all the way to West Egg, seeking his fortune and luck as a bond salesman.

Breath of Scandal is one of the popular and best EBooks today; the story is about Jade Sperry who had to endure a terrifying nightmare that any woman could experience. She was at the mercy of local hell-raisers who stole her youthful ideas. She was eventually able to run as fast and far as she could but could never forget that sleepy town where every single individual was dependent on a specific wealthy family.

The story is all about a meteorite that was discovered right in the Arctic Circle – an area that can possibly provide clear proof about extraterrestrial life. However, the antagonist of the story does everything to prevent such evidence from going public, and they would go through all means just to achieve this.

Davenport thoroughly investigates the issue after an influential government official was caught with something extremely horrible in his office computer, and the investigation trail leads to a specific fixer who has suddenly disappeared from the scene.

In this dystopian world, society is separated into different factions where each division is dedicated to the development of specific virtues: Erudite for the intelligent, Amity the peaceful, Candor the honest, and Abnegation the selfless.