There are thousands of interesting fictional stories around that vary in themes such as science fiction, mystery, horror, romance, and more. However, there are also a lot of great, life-changing nonfiction books which stand as a path for us to gain consciousness, to be connected with people from the past, their lives, as well as their triumphs and failures.

With that, here is a list of the best nonfiction books of all time that will surely give a lot of impact on how you see the world around you. 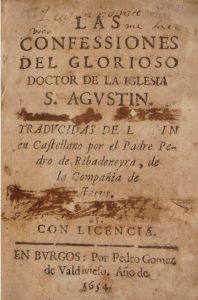 This is one of the most influential and best nonfiction books that show the life of Saint Augustine of Hippo. In his book, he reflects upon his life from his childhood, the sins he had committed, as well as God’s greatness; it also shows an amazing contrast between the Holy God who is the creator of everything and a common sinner who simply enjoyed God’s everlasting love and mercy.

Homage to Catalonia is a memoir of the Spanish Civil War written by George Orwell; this book stands as his personal account for his numerous experiences during this period.

The Diary of a Young Girl 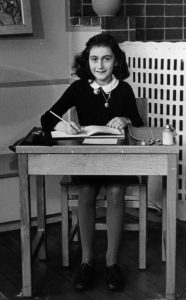 This is a diary of Anne Frank where she wrote various details and information during the Nazi’s occupation of the Netherlands. It was during the time when she and her family escaped for their safety, and the book received widespread attention and has been published in more than sixty languages.

One of Weber’s most important works and also one of the best nonfiction books is Economy and Society. Economy and Society covers a number of themes which include economics, religion, sociology, politics, and public administration.

Night by Elie Wiesel is considered as one of the best nonfiction books of all time. It tells the story of the author’s experience while in the Nazi concentration camp; he was with his father during the period, and this lasted from 1944 until 1945, towards the end of World War II.

Red Notice: How I Became Putin’s No. 1 Enemy

In 2009, a young lawyer named Sergei Magnitsky, was sent to an isolated cell in Moscow; he was handcuffed to a bed rail and beaten to death for testifying against the officials of the Russian Interior Ministry. Magnitsky went against these officials since they stole $230 million of taxes paid to the Russsian government by one of the biggest hedge funds in the world. This brutal incident has remained uninvestigated until today, and Browder has embarked on a quest to seek justice for Sergei.

One of the best nonfiction books about environmental science; it details the negative results of the extensive use of pesticides on the environment. This book has helped in bringing environmental concerns and has brought awareness to the people to take care of the beautiful place we live in.

The Interpretation of Dreams 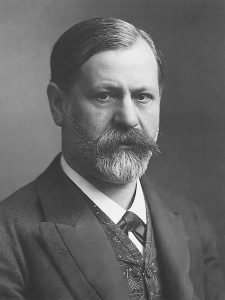 For those who wonder about what dreams meant, or if these even have any meaning, this is one of the best nonfiction books for you. Here, Freud states that dreams are a hidden fulfillment of our subconscious desires.

The History of the Peloponnesian War

One of the best nonfiction books where the author analyzes the democratic revolution in the US which he believed had been occurring for the past seven hundred years.

The story of The Prince starts with a speech to Lorenzo de Medici, where the author explains that he wishes to ask for a favor by giving him some of his knowledge. He categorizes the different kinds of states – republics, mixed principalities, brand-new princedoms, and hereditary princedoms.

From his imprisonment and exile, along with evidence from over two hundred prisoners and archives from the Soviet, Aleksandr Solzhenitsyn reveals in one of the best nonfiction books, the repression and the forced labor camp system of the Soviet.

The Praise of Folly

One of the best nonfiction books that is also considered as one of the most remarkable works during the Renaissance; this essay is a satirical attack against the Western Church European society’s superstitions, and traditions.

Written as a companion to his other work entitled Heretics, Chesterton shares his experience in accepting the Christian faith. Chesterton presents his own perspective on the religion which he sees as the answer to every human’s natural needs.

The Origins of Totalitarianism

One of the best nonfiction books where the author analyzes and defines the major totalitarian political movements which are Nazism and Stalinism.

I Know Why the Caged Bird Sings

This American classic is known as one of the best nonfiction books that speak of the American writer and poet Maya Angelou’s early years. It explores sensitive topics such as identity, literacy, rape, and racism to be able to teach various lessons about having strength and love for one’s self.

A book on economics which is known as one of the best nonfiction books and most famous work of Schumpeter; here, he introduced the idea of “creative destruction” which changed each person’s approach and perception to global economics.

A Room of One’s Own

An extended essay based on the series that Woolf delivered at Girton College, Newnham College, and two other women’s colleges. The book is generally seen as a work with hints of feminism since it discusses the history and situation of women since they were deprived of prerequisites such as financial independence, leisure time, and privacy.

Among the most influential and best nonfiction books during the last century is The Liberal Imagination; a work of criticism which analyzes the promises and limits of liberalism. The book also provides clear and pertinent statements about politics and society.