We cannot deny that there is a plethora of amazing books that have been written in the past; what more, these highly educational books are filled with a variety of pertinent information such as personal memoirs, popular science explainers, as well as controversially interesting new theories which make these among the best science books of all time.

From Darwin to Einstein and Sagan to Hawking, here are some of the highly notable books that have endured history and time:

The Voyage of Beagle

The Voyage of Beagle is one of the best science books that was beautifully written in an easy and comprehensible manner. This book depicts the journey of young Darwin’s adventure to places such as the Galapagos Islands, South America, Australia then back to England after. This travel was able to alter his understanding and knowledge of biology, plus it also nurtured and enhanced his thoughts on evolution. 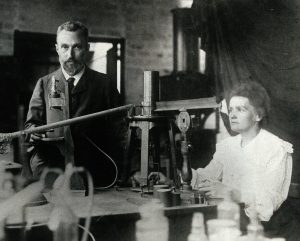 Radioactive Substances can really be considered as the work of popular science since the book is Curie’s doctoral thesis that has been translated into English to draw in more readers. Despite being her essay, this has been considered as one of the best science books today since Curie was able to offer a clear description of the freshly discovered radium and polonium, as well as the numerous properties of radioactivity.

This book from Isaac Newton focuses on the deconstruction of parabolas, ellipses, as well as tangents; however, the intellectual display can trigger more thoughts and ideas on the topic. This book marks the beginning of modern physics and also the three laws of motion that we are all familiar with, thus making it one of the best science books of all time.

The Realm of the Nebulae

Edmund Hubble was known as the father of the Big Bang Theory and he worked broadly with redshift while simultaneously providing compelling evidence that our universe continuously expands. The Realm of the Nebulae is a collection of lectures that Hubble provided in the year 1935 just when his various ideas and thoughts regarding the origins of the universe and cosmic expansion were beginning to come into light. 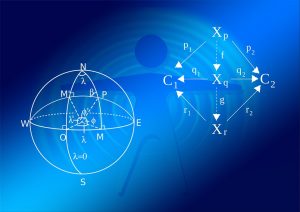 This is Aristotle’s written study on the nature of change, motion, and time that makes it one of the best science books of all time; furthermore, Aristotle was able to clearly present an orderly manner of studying and learning about the natural world.

The Sense of Wonder

One of the best science books that Rachel Carson completed before her unfortunate death; here, she was able to create a simple yet intellectual argument about environmentalism and why it is such a crucial element. The Sense of Wonder also supports her ideas by featuring stunning illustrations and photographs that take you on a journey through Carson’s own personal adventures and experiences.

The book Relativity by Albert Einstein is written specifically for those who are not really familiar with fundamental math. This is also one of the best science books that exhibit Einstein as an individual who can skillfully promote his ideas. For Einstein to thoroughly explain the relativity theory, he takes readers on a journey filled with clocks and rulers while the more complex general theory takes readers to an elevator through an empty space.

On the Fabric of the Human Body

For the longest time, anatomists have carefully dissected and studied the human body based on various instructions that came from ancient Greek writings. However, Vesalius wanted to delve deeper into the subject, so he dispensed the traditional methodology and created his own dissections instead, thus creating one of the best science books of all time.

The Selfish Gene is known as one of the best science books today since Dawkins argues that the genes in our body are not present to keep us going but these are present for us to perpetuate. This book features a change in our perspective since we are urged to understand these ideas and concepts through a gene’s viewpoint.

By: Dorion Sagan and Lynn Margulis

Dazzle Gradually is considered as one of the most popular works of these two authors; both Sagan and Margulis combine a unique blend of essays that deal with all the pertinent topics such as transhumanism and even microscopic life.

Survival of the Wisest

In one of the best science books, Salk makes use of various philosophical ideas by making use of evolutionary and biology theories, turning these into efficient tools to establish a much more humane view of the world where science could be a vital element when it comes to human development. 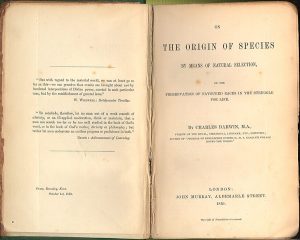 The book’s title states what it is all about; Darwin shared his ideas and thoughts on the origin of species and how these evolved, survived, and generally how they came to be. This version of the Origin of Species (higher education version), is generally intended for use in colleges, schools, as well as a prestigious learning organization.

The book features excellent illustrations to narrate the story and idea of this book; the author covers a large range of sciences all the way from the Big Bang to the curvature and situation of the outer space, as well as the amount of genetic materials present in our bodies.

What is Life is among the best science books that thoroughly describes how a living organism is different compared to an inanimate object such as crystals. In the book, Schrödinger also meticulously outlines how these two groups obey and function simultaneously despite varying laws.

The author ensured that both the public and his co-workers had an idea of the outstanding and majestic aspects of the universe which include the usually overlooked worlds that are present in our solar system. Sagan also led the search for alien life and has as well fought for the likelihood of the planets.

One of the best science books that feature the author’s ideas; it suggests a more thorough yet detailed overview of all her lengthy research that focuses on the behavior of these chimpanzees.

Despite being one of the best science books of all time, a flood of criticism followed the release of the book. People started calling her an extremist and even hysterical just because of her ideas and thoughts that she shared in this masterpiece. Despite this, she clearly documented the DDT which led to the US banning the use of insecticide.

The Mismeasure of Man

In this witty and interesting book of bad science, Stephen Jay Gould sets out on a mission to study and explore biological determinism. She also argues about human intelligence, as well as the connection between a high IQ with the size of the skull.

A Brief History of Time

A Brief History of Time is one of the best science books of all time, and it is the only remaining bestseller that Hawking created. In the book, he made sure that you will enjoy his writing that takes you on a grand and exciting tour of the cosmos.

Under a Lucky Star

Roy Chapman Andrews established scientific history by leading successful motorized journeys into the unexplored and untouched areas of the Gobi desert. The man returned with items and knowledge that equates to paleontological gold: over 350 new species, the very first fossils from Cretaceous mammals, as well as the nests of dinosaur eggs.