Science fiction has always been the most argued over and discussed genre that actually extends further beyond books; these are often recreated into TV, film, games, as well as toys thus making it one of the most popular genres of all time. Science fiction fans find themselves loyally sticking to this genre for a couple of reasons: the love for the elements that identify the genre such as alien warfare, mysterious anti-heroes, new species, etc. However, this genre also works as something like a crystal ball that shows everyone the imagined and possible reactions to fresh races, technology, as well as otherworldly locales.

Here are some of the best science fiction books of all time that one should not miss out on if they want to fully enjoy the genre.

Dune is a story that will always be known as one of the best science fiction books of all time; the story is set in the far future where planetary dynasties have emerged and are being controlled by noble houses. Dune shares the story of Paul Atreides and his family who accepts control over Arrakis, a desert planet and the only source of a special spice (that is also the most vital substance in the whole cosmos) named mélange. Dune also dwells on the multi-layered and complex ideas of religion, technology, ecology, politics, as well as human emotions.

The Saga of Seven Suns

The Saga of Seven Suns is a space opera that speaks of how humanity will be in the near future when it can colonize other planets in the galaxy. This has become possible with the help of an advanced technology species named Ildrians. At some point, the humans unintentionally anger an ancient race of aliens which causes the universe to engage in war.

Journey to the Centre of the Earth 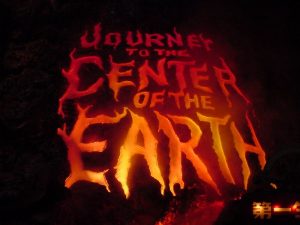 Jules Verne, the father of science fiction, has yet created one of the best science fiction books of all time; the book is about Professor Leidenbrock, an eccentric individual who goes on a thrillingly dramatic journey down a deep tunnel that can be found in a volcano in Iceland. The journey takes him and his companions right to the center of the Earth where they encounter challenging hazards as well as stunning sights along the way.

The War of the Worlds

The War of the Worlds is another one of the best science fiction books of all time where the author clearly describes an alien invasion in England. This book is perhaps one of the earliest and most popular depictions of an alien invasion which has actually influenced other books and even movies. In the year 1938, a television series was created based on the story and their radio broadcast caused the public to worry since one of their episodes actually made the people believe that there was a real Martian invasion in progress.

In one of the best science fiction books, Liu remakes history right after the Cultural Revolution; the story follows the journey of Ye Wenjie after being sent to a secret military base right after the murder of her father by the Red Guards. After forty years, a researcher was ordered to infiltrate and spy on a group of scientists right after a large number of the world’s most notable scientists, including Ye’s daughter, commit suicide. To access the group of scientists, an online VR game must be played where its players need to stop an apocalypse from occurring.

The Book of the New Sun

The Book of the New Sun is also known as one of the best science fiction books of all time and was also acclaimed as Wolf’s most extraordinary work. It tells the story of a young apprentice named Severian, who was part of the Guild of Torturers that can be found in the world named Urth. Severian was unfortunately exiled for committing the highest form of sin which was showing a hint of compassion towards his victim.

The Dispossessed is one of the best science fiction books that features Shevek, a popular physicist who takes action to break the walls of anger that detached his planet from the rest of the universe. However, to be able to push through with his plans, Shevek will have to give up on his family as well as his life as he takes on the journey to Urras, the mother planet.

The Dragon in the Sea

The Dragon in the Sea is considered one of the best science fiction books of all time where the story is set in the near future; during this time, the East and West have been in an ongoing war and the available resources are quickly running thin. Because of this, the West have been stealing as much oil from the East by utilizing their nuclear submarines or subtugs to secretly acquire oil. However, this stressful mission has been slowly failing since the last few subtugs have been mysteriously disappearing.

This is a story that follows a seventy-eight-year-old scientist named Augustine, and a mission specialist named Sullivan, the two take on a space flight to the planet Jupiter. Both have left their lives and families due to their curiosity about the natural world and because of this, they have both devoted their whole life to exploring these barren areas. However, as all their communication in the world dies, the two rethink what the most vital things are to them.

J.G. Ballard’s Drowned World imagines a chaotic and horrifying future where global warming and solar radiation end up melting the ice caps and jungles that mimic those from the Triassic era have overwhelmed a tropically submerged London. The story is set in 2145 where a biologist named Robert Kerans confronts this dreamlike cityscape that has become populated by albino alligators, giant iguanas, as well as swarms of dangerous insects.

In the world named Hyperion that goes under the law of the Hegemony of Man, a mysterious being called the Shrike waits for anyone who wishes to confront it. This creature has those individuals who worship it and those who fear it; however, there are also those people who vow to destroy this evil creature as it waits patiently for those in the Valley of the Time Tombs. During the Armageddon’s eve, seven pilgrims embark on a journey to find an answer to the unsolved and questionable riddles in their lives – each one of them carrying a tinge of hope, a deep dark secret, and one of them may be the hope of humanity.

Infomocracy is one of the best science fiction books that features a futuristic environment where small democracies vote for a global government they wish to join; however, a group called Information keeps an eye on the elections and even the media. Since another election will be held, an unknown individual is attempting to sabotage the process by destroying the communication system of Information while two specific parties battle to stay ahead.

Super Extra Grande is one of the most interesting, as well as the best science fiction books around; it starts off with the veterinarian named Jan Amos Sangan Dongo who has to find ways to save two ambassadors who get consumed by a huge sea worm.

One of the best science fiction books is this classic work created by the well-known Stanislaw Lem; the story begins when Kris Kelvin sets foot on the planet Solaris to study and explore its surface, life, and more. However, during his trip, he finds a rather painful and previous unconscious memory that is seen in the physical form of a long dead lover. Moreover, the ocean of this planet seems to be one massive brain that creates these forms of embodied memories that manipulate Kelvin’s companions to avert their attention and focus on their quest.

Stranger in a Strange Land

Henlein’s classic novel tells the story of a man named Valentine Michael Smith, an individual who has lived on Mars since birth; he is also known as the sole survivor of the very first manned mission that headed for another planet. Smith is quite the innocent individual who freshly learns about the human morality, society, and culture; however, he eventually found his own church that was solely based on the principals and beliefs he learned from the Martians. 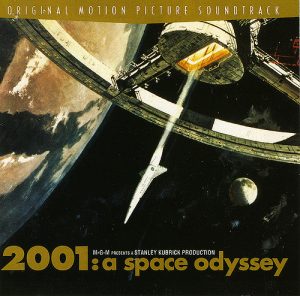 When Dr. Dave Bowman and company set out on a mysterious exploration, the computer system of their ship named HAL begins to show signs of strange behavior. This eventually leads to a tense and thrilling showdown between machine and man, resulting in a mind-boggling travel through time and space.

For ages, strong sandstorms have continuously swept the barrens and empty landscapes of the Red Planet. For the longest time, Mars has been calling mankind to conquer and control its hostile climate, and in the year 2026, a hundred colonists dare fulfill this destiny in one of the best science fiction books ever made.

Sometime in the far future, a group called the World Controllers has established an ideal society for everyone; this has been created with the intellectual utilization of genetic engineering, recreational sex and drugs, brainwashing, and all these make their members happy. Amidst all this ‘happiness’, a man named Bernard Marx is on his own having such ill-feelings towards this, and wishes to break free from this society. He eventually pays a visit to the some of the still standing Savage Reservations – a place where the old, classic, and imperfect life still goes on.

The story focuses on Andrew “Ender” Wiggin – an individual who assumes that he is simply engaging in a computer-simulated war game; however, he is absorbed into something more desperate than just a simulation game. In fact, Ender may be that one special military genius that Earth so desperately requires in order to fight against a race of alien enemies who are seeking to destroy the whole human race. 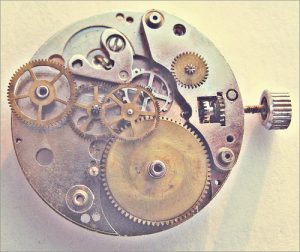 The protagonist of one of the best science fiction books is known to be an English scientist who lives in Richmond, Surrey. He is claimed to be a Time Traveler as the story’s narrator recounts the other’s lecture where he states that time is just a fourth dimension. Later, the Traveler also shares that he created a machine that can allow a person to travel through time where he or she returns at dinner time the next week to share their amazing tales and experiences, thus becoming The Time Machine’s new narrator.