Though the past is indeed staying firmly in its place, this fact does not stop a lot of scholars from exploring and researching about history; they carefully study these from every angle and dissect it carefully for further understanding. As a result, amazing history books have been written in the past years: from the Fresh Look at Ancient Rome, Mary Beard’s Energetic, to the impressively fresh study on a person named Monsieur Bonaparte.

Here is a list of some of the best history books for those who wish to explore the richness of the past:

Magna Carta is one of the most popular documents that have been recorded in world history; it claims an essential principle, “a ruler is always subject to the law”. The book also exhibits the various discoveries that give an account to the origins of Magna Carta, the enforcement and survival, as well as how this instantly gained an important spot in the political lives of the English. 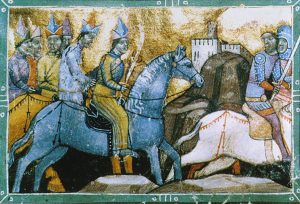 Mongol Queens speaks of the Mongol Empire’s history which also includes the fact that this was actually an empire and not just some land controlled by random horsemen. This empire greatly affected a number of major governments from China to Europe – economically, politically, and culturally.

Why the West Rules – For Now: The Patterns of History,
and What they Reveal About the Future

The book is about the very first ape-men or hominids until the present day and included here is a chapter that hypothesizes about the future. It also describes the different patterns of the history of humans where Ian Morris, a historian and archeologist, provides surprising and interesting answers to such questions like: “Why has the West taken over the globe and will the power even last?”

A Short History on Nearly Everything

Bill Bryson is not a great scientist but he is an observant and curious writer who, a few years ago, had no idea how to differentiate a quasar from a quark, or even a protein from a proton. He did his best to cure his ignorance of such scientific things, thus created the book called A Short History on Nearly Everything – one that has become part of the list of the best history books of all time.

The Raj at War

WWII was not only fought by Britain alone since India played a great role during this period; they produced the biggest volunteer army in history which had more than two million men in the group. The Raj at War is among the best history books of all time that feature the hidden and most often, overlooked history of India during the war; it also features how mobilization for such instances introduced a tectonic method of cultural, social, and economic chance.

A People’s History of the United States

Another one of the best history books that feature a clear and direct prose together with its scholarly research. A People’s History of the United States is the only volume that tells talks about the story of America through the eyes of American women, African Americans, factory workers, the working poor, and the immigrant laborers.

During the 1500’s, the Spanish were immensely rich where billions of silver and gold were poured into their coffers. Yet after a century, Spain ended up bankrupt, so Fernand Braudel creatively explained the rise of the Ottoman’s Empire while also bringing about a fascinating tour around the Mediterranean during the 1500’s.

During the second half of the 16th century, almost all of Western Europe’s Christian States were defending themselves against the Muslim superpower, the Ottoman Empire. This period exhibited violent conflict yet there were also quite a number of peaceful interactions between these opposing powers.

History of the Peloponnesian War

The Rise and Fall of Third Reich

One of the best history books of all time is The Rise and Fall of Third Reich which focuses on the history of Nazi Germany. Shirer chronicles both the rise and demise of Nazi Germany right from 1889 during the birth of Adolf Hitler, up to the end of WWII in the year 1945.

The Sea and Civilization: A Maritime History of the World

This is also one of the best history books of all time that share the world’s history through the relationship of man with the sea. The book takes its readers back to the pre-Columbus explorations while also featuring the seafaring’s spot in globalization. Readers will also get the chance to see how the oceans were used for trading goods, spreading languages, culture, people, and religion.

The book tries to explain why the Eurasian civilization survived and even conquered others; it also simultaneously argued about the idea that their hegemony was all because of any form of Eurasian moral, intellect, or even inherent superiority. 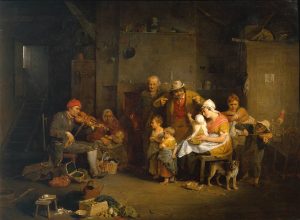 This is among the best history books of all time that studies all about the cultural representations that are the general basis of Orientalism and the patronizing understanding, as well as the fictional portrayals of The East’s society and individuals who inhabit the various areas in North Africa, Asia, as well as the Middle East.

SPQR: A History of Ancient Rome

This is all about Ancient Rome and it begins right from its early days as a relatively little village, to an empire as one of the most notorious superpowers in history.

The Making of the English Working Class

This is one influential and best history books of all time that was published in the year 1963; the book focuses on the English working and artisan class society while in its influential years from 1780 to 1832.

A big change in the world’s history included the spread of Perestroika all throughout the previous Soviet bloc and the Berlin Wall’s dismantling, then two years after this, resulted in the rupture of the Soviet Union. The historian Robert Service carefully examined how the changes came about, and these were exhibited on one of the best history books of all time called The End of the Cold War.

This is one of the best history books that has the first and most clearly defined history of the concentration camp system of the Nazis. This book provides an integrated and unprecedented account of these concentration camps right from their inception and all the way to their demise.

The History of England, Vol. V

This is one of the best history books of all time that covers the whole seventeen-period of England from the year 1685 to 1702. This period surrounds the reign of James II, the coregency of Mary and William, the Glorious Revolution, and all the way to William III’s death.

How the Irish Saved Civilization

This is one of the best history books of all times that tells of Ireland’s untold story about their heroic role during the fall of Rome. It also narrates until the Rise of Medieval Europe.

The Radicalism of the American Revolution

This is a non-fiction book created by Gordon Wood and it focuses mainly on the radical character and aspects of the American Revolution.