Exquisite and thoroughly-written literature can easily take us to beautiful places that we have never really thought existed, as well as those lovely spots that we have always dreamed of visiting. From the classic to modern narratives, there is a plethora of stunning and gorgeous travel books available to feed everyone’s wanderlust.

We have gathered some of the best travel books of all time which were written by individuals who have successfully traveled all across Africa, America, Asia, and a whole lot more.

The Turk Who Loved Apples

Another popular book that has been included as one of the best travel books of all time. The book is about Gross’ random lessons and misadventures from his decades of traveling all over. He shares various thoughts about how it is working while traveling, how it is being a solo traveler, and how it is like living in the beautiful Southeast Asia.

In the book, Bill Bryson describes and details all his travels via car and railway all throughout Australia; he also documents various conversations he had with numerous people in all walks of life where they spoke of geography, history, animals, plants, and everything about their country.

Vagabonding – a thoroughly unique guide to the Art of World Travel; it is one of the best travel books of all time that lets readers feel how relaxing and fulfilling it is to take some time off from one’s normal life. Potts shares how any individual that has an independent spirit can reach their dreams of extended overseas travel.

A Year in Provence 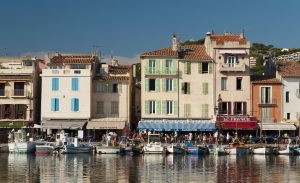 A Year in Provence is another one of the best travel books of all time which was written in the year 1989. The book shares the experience of Peter Mayle during his first year in the beautiful region of Provence. He shares with everyone the entertaining and fun local events, as well as the customs in the area; and due to its popularity, the book was later on adapted into a mini television series that starred Lindsay Duncan and John Thaw.

The Geography of Bliss

The Geography of Bliss talks about Weiner’s explorations in different places where happiness can be found across the globe. He travels all the way to different places like Iceland, America, Switzerland, Qatar, India, and many other places while trying to determine why the citizens in these places are happy. The book is a mix of travel and psychology, making it very interesting read as well as one of the best travel books of all time.

The Black Lamb and Grey Falcon

A Journey through Yugoslavia 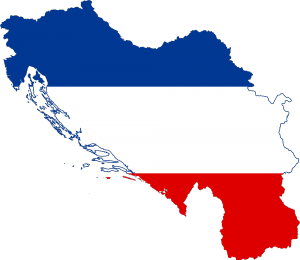 The main objective of the writer was to display the past simultaneously with the present that the region has created. The book thoroughly accounts the Balkan history, as well as the ethnography during West’s whole six-week travel to Yugoslavia. The book made it to the list of the best 100 non-fiction books of the twentieth century, and it is also one of the best travel books of all time.

Coasting is part of the list of the best travel books of all time since it shares the story of Raban’s four-thousand-mile travel all around Britain via a thirty-tw0-foot ketch and only using a compass to navigate around the area. Coasting eventually strays into more personal topics such as memories while the book is generally a metaphor for the author’s personal life.

For those adventurous types of travelers, this is probably one of the best travel books that one can get their hands on. In Patagonia is filled with history and rich anecdotes, as well as raw information straight from the author’s trip to Patagonia – a South American region that is usually considered as extremely exotic even in the eyes of the most seasoned traveler.

Travels with Charley: In Search of America

John Steinbeck together with his French poodle, Charley, went on an adventure using their converted pick-up truck to tour and go around the United States for a thrilling and fun road trip. Steinbeck had written about their experience during the trip, and stated that he was moved by the desire to explore and learn more about his country on a much deeper level. During his travels, Steinbeck stated that he had a lot of questions during the journey such as “What are Americans like today?”

The Snow Leopard is about Matthiessen’s two-month journey in search for the snow leopard together with the well-known naturalist, George Schaller. They both traveled to the Dolpo region in the Himalayas’ Tibetan Plateau. 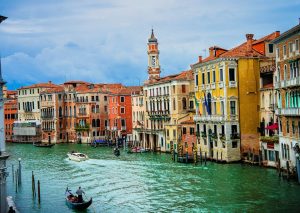 “Venice” is also considered as one of the best travel books written about Venice; the author clearly recounts how the city was during WWII; plus, he also analyzes and provides every specific detail on its architecture, environment, the people, and even the tourists who visit the city. He also shares interesting details about Venice’s rich history.

The Art of Travel

This book written by Allain de Boton takes its readers on a journey through the numerous satisfactions, as well as the disappointments one can face during travel, such as dealing with airports, hotels, and even mini-bars in some accommodations.

Notes from a Small Island

A rich farewell exploration across Britain has been created with a mixture of touching nostalgia and is delivered with a combination of cheeky humor and entertainment as it provides detailed insights into the contemporary society.

The Road to Oxiana

This book can be best characterized as Robert Byron’s travel diary; The Road to Oxiana shares the idea of how it genuinely is like to travel all the way to the East in the 1930’s. Its pertinent and clear details make it one of the best travel books around, and it has also been named as the Ulysses of all travel books and writing.

In Search of Captain Zero

This book was written by Weisbecker who is a surfer and photojournalist during his travel in search for his long lost friend and fellow surfer who had disappeared at some point. The journey takes Weisbecker all the way to the Mexican border then after, he reaches seven other countries located in Central America, where he eventually finds his long lost friend.

A Short Walk in the Hindu Kush 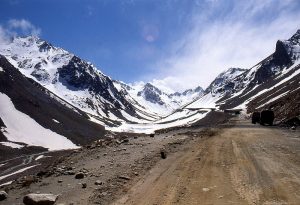 Despite having this title, the story of A Short Walk in the Hindu Kush does not depict an easy and relaxing travel; instead, Newby’s tale as he travels to the Nuristan Mountains in the northeastern portion of Afghanistan, shares with its readers all the challenges and obstacles that he and his companion had gone through during the exploration. However, it is still an adventurous, funny, and thrilling story that shares of the good and rough times during their trip.

This is a semi-autobiography travel book that was written by Twain to share his personal recollection and memory of his interesting wanderlust moments. Roughing It is one humorous book combined with the interesting views of the author – one that greatly helped construe the course of literature in America.

An Area of Darkness

One of the most interesting and best travel books of all time; An Area of Darkness is considered as the travelogue of Naipaul where the author detailed their trip all throughout India during the sixties.

Travels with Myself and Another

The book speaks of Gellhorn’s globe-spanning travel adventures that were both accompanied and alone. She mixes exceptional insight with sharp and witty humor while sharing various moments during her travel. 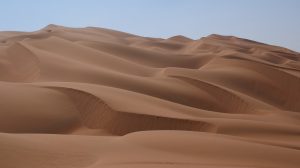 The author traveled all the way to the deserts of Arabia, taking the risk in the mid-20th century. He spent around five years in that area where he experienced the Arabian Sands which resulted in him coming up with a variety of information that he had collected through interactions with the many native tribes around – the tribes who were not really open and comfortable around Westerners.